“The Old Woman Who Lived in her Red-Soled Shoes: A Tale of Louboutin vs. Jourdan” 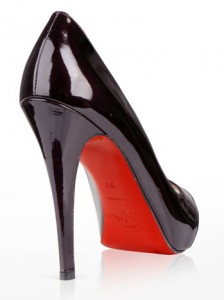 As Carrie Bradshaw famously said, “I will literally be the old woman who lived in her shoes.” Who better to launch a shoe collection, than Sex and the City icon Sarah Jessica Parker, who is coming out with her first fashion line entitled, SJP, in collaboration with Manolo Blahnik- the designer her character made famous on the small screen. Sarah Jessica Parker’s shoe line is set to debut in early 2014, available for purchase at Nordstrom. In an interview with Vogue, Parker said, “Because I got to play that role (Carrie Bradshaw), I wore a lot of shoes and by default I learned an enormous amount. It’s hard to – no pun intended – walk away from that.” SJP noted, “We’re putting new colors together that people don’t typically do, just beautiful combinations that you wish existed in your closet.” According to Parker, the inspiration for the collection is “great old-school labels like Charles Jourdan and Maud Frizon.” Just who is Charles Jourdan? For those fashionistas who had to look this one up – Charles Jourdan opened his first shoe store in 1919 in Paris and became one of the first shoe designers to advertise in high-end fashion magazines, becoming a widely popular brand in the ‘60s and ‘70s before the company went into bankruptcy. The Jourdan brand re-launched with its comeback in 2009. Best known for their classic leather pumps with a rounded toe and punchy color –the Jourdan line achieved popularity for their red lining on the inside sole of their shoes, as opposed to Louboutin’s red soled bottoms. 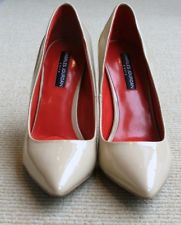 Unfortunately for Jourdan—his latest collection also has another famed French designer seeing red. Christian Louboutin—a name that has become synonymous with luxury and status—is suing Jourdan for trademark infringement, dilution, counterfeiting and unfair competition under the Lanham Act. On June 4, Louboutin filed suit against Charles Jourdan Fashion Footwear, alleging that Jourdan infringed its trademark for red-soled women’s shoes by selling counterfeit shoes bearing the distinctive red sole bottoms the Louboutin line is renown for. This suit comes along the heels of the high-profile lawsuit filed earlier last year by Louboutin against YSL, in which the 2nd Circuit upheld the validity of Louboutin’s trademark for red soles, provided that the upper portion of the shoe is in a different color than the red-soled bottom. In the opinion, the 2nd Circuit held that YSL’s entirely red shoes did not infringe on Louboutin’s trademark and ordered the USPTO to modify the mark the mark so that it covers only a red sole that contrasts with the upper portion of the shoe, rather than any shoe with a red sole.

In the latest suit, Louboutin claims, “Defendants have knowingly and willfully manufactured, imported, distributed, offered for sale and sold various counterfeit versions of the Louboutin products, to wit, shoes bearing the red sole mark,” according to the complaint. The counterfeit version of Louboutin’s shoes were sold to retailers including DSW (Designer Shoe Warehouse) on the DSW website, as well as in stores in Manhattan and Brooklyn. Louboutin is seeking $2 million in damages.

It will be interesting to see how this case develops considering the outcome of the YSL case. To follow along for updates see: The case is Christian Louboutin SAS et al. v. Charles Jourdan Fashion Footwear LLC et al., case number 1:13-cv-03776, U.S. District Court, Southern District of New York.