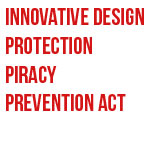 Today we have a guest blogger, Michelle Scotto-Lavino. She is a Touro Law Student and the Editor in Chief of the Fashion Law Society at Touro.
A recent article published in the ABA Journal (July 2011), titled “The Genuine Article,” discussed the controversy over the new Innovative Design Protection and Piracy Prevention Act, IDPPPA. Ilse Metchek, president of the California Fashion Association, CFA, argues that fashion designers do not deserve the same protection as other creators of work, such as artists. He believes that nothing in fashion is original and that copying is okay because it will ultimately benefit the original designer. Is this fair to designers who put a great deal of effort and creativity into their work? I don’t think so!

Several designers, who have all sued Forever 21, are extremely bitter towards Forever 21 and the idea that it has stolen styles straight from the runway, everything from buttons to patterns, and reproduced these styles in its stores. It is also argued in the article that lack of copyright protection in fashion design may discourage designers from creating new work. This is most certainly an accurate prediction because many designers have already expressed their concerns about producing new work due to the fear that someone may steal their ideas.

Steven Kolb, Executive Director of the Council of Fashion Designers of America, also agrees that fashion design deserves more protection. He discusses the effects knockoffs have on designers, and points out that those who steal ideas from designers and sell replicas for cheaper prices are also depriving the true designers of the profits they deserve.

Opponents of the IDPPPA argue that the act will negatively affect the fashion business, but that is very unlikely because more protection for designers will result in an increased level of comfort and security when it comes to creating new work and sharing it with the public. It would be unfair to take something that belongs to someone else and make a profit. The opponents of the act should ask themselves how they would feel if someone stole their hard work and creative ideas, regardless of whether it’s a book, a painting, or a shirt.