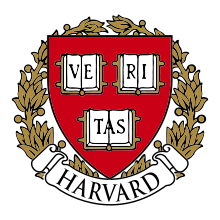 When one thinks of a trademark, they think of a logo or distinct feature of a design that can cause likelihood of confusion. Can one confuse the name of a University and a fashion brand? I don’t think so. In a recent dispute that arose between Harvard University and Harvard Jeans USA (A Philippine Company that secured their trademark registration in 1988), the University claimed that the jeans company has infringed on their trademark, HARVARD VERITAS SHIELD SYMBOL that was registered in 1993 in a few classes, including class 25, which is for clothing. In response the jeans company filed a cancellation action against Harvard, arguing that the date of actual use in the Philippines should prevail in determining who had the better right to register the mark. I AGREE!Of course one can argue that such protection can protect companies/individuals from squatters.

However, I disagree that this is the case in this instance. If a company in a different country has trademarked a name or has secured their trademark registration, why shall a known company who has registered their trademark later in time have a viable infringement lawsuit?

What if Oxford University, which has been around for 632 years, trademarks its name and sues Oxford Insurance for trademark infringement, would that be fair? I don’t think so. Nevertheless, the Director General of the Intellectual Property Office of the Philippines found in the University’s favor. The General stated that the applicant must do more than just use the trademark in the Philippines, the applicant must own the mark sought to be registered. In addition, he asserted that the right to register a mark is based on ownership, and when the applicant is not the owner, it has no right to register the mark. I wonder how this case would of been resolved here in the US….Don’t you?